How did the collaboration come about?

I believe this came about following up from a project some years before where I made a handful of drawings directly on to the glass windows at the Embassy as part of an exhibition about Danish Architecture some years back now! !

How did you work on this project? Did you get the places the cultural guides named and then just imagined and draw them or did you visit them again, maybe took pictures and worked on it at home?

It’s a combination of all of the above. Being able to cycle around Copenhagen incredibly freely enables me to visit these places, or at least see them while cycling around the city heading here and there.

It’s a funny process since drawing up these cityscapes brings up all sorts of memories for me associated to each of these places. Then, naturally, there’s the internet which opens up the opportunity to nerd-out a little on all these structures; check out images of when they were constructed, find out the back stories of the structures, who the architects were etc. I find that Google Earth also represents a cool parallel with how drawing architecture works also; I have to visualize, or attempt to see things from different angles in my minds eye.

A cool exercise can be attempting to see through a building; as though it were made only of it’s steel framework. I do not use pencil or draft lines when drawing and pretty much just jump straight in to drawing; but there’s a combination of checking out images, revisiting photos on my iphone and just trusting my memory when getting into them.

Your illustration of the cards is described as hidden objects, how would you yourself describe your kind of art?

I should probably be quite honored that sometimes people compare what these drawings do to the Where’s Wally pictures!

There’s an immense amount of detail and it definitely activates the perceptive faculties of the person investigating the drawings. When drawing them they have a lot to do with cities, but also nothing at all. They kind of work like jigsaw puzzles; as I work through the drawings I’m also working a lot of stuff out mentally too – examining decisions, taking in and reflecting on all sorts of ideas I’m taking in through podcasts and audiobooks, as well as planning or thinking about future drawings, paintings and visual works (ideas which I usually jot down in the margins). It goes without saying that everyone of these is also something of a mountain to climb and descend safely, without any accidents – while I’m patient I am still tested every time in working in this way.

What are your favorite places in Copenhagen and Aarhus, do you have personal recommendations for these two exciting cities?

Aarhus is growing incredibly quickly. I lived there for 3-4 years back. Mejlgade and Graven will always be synonymous with Aarhus for me: small, characteristically Danish streets replete with coffe drinkers by day, beer-drinking students by night.

I also teach drawing and art method at an art school on the same street, where I’ve been doing workshops for some 8 years now. I was there just recently working on a project where the Bjarke Ingels Group architecture project was built on the newly developed Aarhus Ø. When looking back; you’re able to see Aarhus from a wholly new perspective. Aarhus is also fortunate to be surrounded by nature: Marselisborg, Risskov and Botanisk Have.

In Copenhagen, I’ve also thought of Nørrebro as something of a home away from home too. It was where I lived during my first stay in Copenhagen – just next to the graveyard, Assistens Kirkegaard – and walking the stretch from Nørrebro station down Nørrebrogade across Droning Louise’s Bro and finally arriving at Nørreport is something like taking a walk down Broadway in a sense. Bits and pieces of Danish culture illuminate, how the city is blended with cultures from around the world reveals itself on this walk or cycle. Superkilen is a unique spot to visit; as well as Refshaleoen which has exploded in popularity presenting the opportunity (well more so before COVID times) to dance, swim, drink and eat. 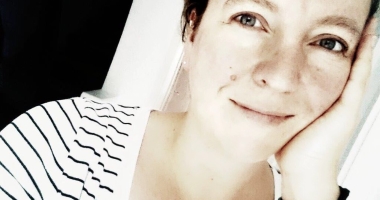